La Mesa, California is a city a mere 9 miles from the center of downtown San Diego, CA, a smallish city with a population nearing 60000 with a growing community as homeowners are pushed east because of the incredibly high San Diego real estate prices. The civic motto of La Mesa is “jewel of the hills”, and it can be a pretty place, very hilly and with a lot of classic old homes.

Getting To La Mesa

Like a lot of places around San Diego County, La Mesa is geographically pretty large, but mostly residential. Driving East from San Diego, you’ll want to take the 8 Interstate to arrive at the city at its northern most areas, or you can take the 94 highway to arrive at the South of the city. A major portion of the 125 highway forms the Eastern most border of La Mesa, with Lemon Avenue extending La Mesa into the neighboring Mt. Helix area. The city is bordered by Rolando on the west, Lake Murray to the north and of course Lemon Grove to the south. Also to the South of La Mesa is Spring Valley, which reveals itself when drivers continue on the 94 instead of taking the 125 north into La Mesa.

Although it shares a lot of its incredible climate with San Diego, La Mesa is quite a bit hotter, as it is much further from the Pacific Ocean. But, this is still an enjoyable place for a hike or a picnic, and one of the best places for that has got to be Collier Park, which is a neat little 7.7 acre park that has some pretty quality green space. The park does have lighted tennis courts, which are harder to find in the county than you might expect. It also is a great place for families to get together on the weekend for a picnic, as there are quite a few tables around and BBQs, of course.

Since we’re still outdoors here, it’s probably a good bet to talk about MacArthur Park, which is a little park just north of La Mesa Boulevard that offers some nice outdoor space. The park is fenced in, is a great place to bring your dog and does have free parking. What is also cool is that it’s within walking distance of downtown La Mesa, which is a pretty cool area if you’re looking to do shopping or just grab a drink and a meal. The park does also have a recreation center and a pretty substantial play area for kids.

La Mesita Park includes the Junior Seau Sports Complex, named after the famous San Diego Charger, Junior Seau. This park also has a good amount of space to walk, as well as tennis courts, picnic sites and a skate park, which is always of interest to those looking to rip it up on a board.

Fitness enthusiasts will want to check out the not so secret La Mesa Secret Stairs, a place that has an excellent view from the top. This is a public stairway that was installed to facilitate foot traffic through adjacent neighborhoods. But, a lot of stair climbers tend to use it for fresh air exercising, and the sheer number of stairs makes it a serious exercise challenge.

Finally, we would be remiss if we did not mention Aztec Park, which is a smaller park than either Collier or MacArthur, but has a great view and vibe and can sometimes be quite empty, despite having a child’s playground and some urban trails which are excellent for hiking in general.

OK, so being right next to San Diego, one of Southern California’s most epic tourist destinations, isn’t necessarily going to be the best, but La Mesa does have some points of interest worth checking out. I would look to the San Pasqual Winery first, a small winery that apparently boasts great local wine and very friendly staff and servers. Check them out at the winery or a separate tasting room and gallery located on La Mesa Boulevard.

For Train enthusiasts, the Pacific Southwest Railway Museum is an excellent bet, located on Nebo drive not far from La Mesa Boulevard. The museum here is quite small, but does feature some classic looking train engines and cars, as well as a little gift shop. Apparently, this is one of the oldest buildings in California, and does sport a good deal of excellent railway history information.

As this is a community nearing a population of 60,000, it only makes sense that there would be some quality spots for kids to be educated. So naturally, we first talk about Helix Charter High School, located on University Avenue at almost the middle point of La Mesa. Meanwhile, those of a more artistic bent may want to consider the La Mesa Arts Academy. This school actually has a lottery to select its students, so it’s probably a good idea to not leave an admissions application until the last second! Finally, younger kids are gonna need some kind of book learning as well, which is of course offered at Murray Manor Elementary School, located north of the Interstate 8 and near the unofficial border with Lake Murray. Another interesting elementary school is the Lemon Avenue Elementary School, which is of course located on Lemon Avenue in La Mesa. Finally, for folks that would prefer to place their children in private schools, La Mesa does feature the Mount Helix Academy, and is in the North East corner of La Mesa right near Harry Griffen Park.

As La Mesa isn’t the smallest city ever, there are quite a few shops and shopping centers, but few as expansive and as popular as the Grossmont Center located just off of the 8 Interstate and is very near to the intersection at Fletcher Parkway and Jackson Drive. The mall is a little old school, but does have some pretty serious anchor tenants, such as Best Buy, Macy’s, Target AND Walmart. As tends to be the case surrounding larger southern California malls like this, there does tend to be a variety of restaurant and retail properties nearby, such as Office Depot, Petco, BJ’s Restaurant & Brewhouse and of course a Guitar Center, which actually apparently is still open (early 2021, anyway).

If you’re looking primarily for groceries, or at least relatively interesting and nutritious non prepared foods, the Vine Ripe Market is a winner up on Fletcher Parkway, or nearer to downtown and Spring Street, check out the Sprouts location, or even the Vons at the corner of University and Allison. If you’re from California or the West Coast, then it also bears pointing out that there is an excellent Trader Joe’s location right off of Murray Drive and about a couple minute drive from the Grossmont Center. Also, the Frazier Farms Market is a great natural grocery store with no shortage of organic and farm to table-type items.

Eating Out In La Mesa

One of the best places to walk around and hang out in La Mesa has got to be downtown, where you’ll run into such luminaries as the classic Hills Local Pub, Swami’s Cafe and the Tiramisu Trattoria for good eats. A bit off of the beaten track but an easy and total classic establishment in the area is of course the Riviera Supper Club and Turquoise Room, a classic old school steakhouse where you can either cook your steak yourself, or have them do it for you. This is one of the most high character spots in the area, so if you have to be in La Mesa, hit the Riviera, and then stay and watch a band afterwards. You won’t regret it!

Last but definitely not least is mentioning access to health care in the area, which of course is fairly limited, but not by much. The Kaiser Permanente La Mesa Medical Offices are where a lot of locals see their M.D., while Sharp Grossmont Hospital is clearly the crown jewel of the area as far as medical care goes. The latter also features the La Mesa Cardiac Center and other medical specialties in the area, so if you have an issue, it’s more than likely that it can be dealt with here. Meanwhile, if you have some kind of medical situation that requires a period of rehab, the Country Manor La Mesa Healthcare Center may be a good call for you!

So, let’s have a good ol’ time in La Mesa, shall we! We’ll start by checking out the Pacific Southwest Railway Museum and then stopping for lunch at Banbu Sushi!

Good times right there, but let’s get local and burn off some of those calories at La Mesa Secret Stairs!

There’s always business to be done in La Mesa, so let’s take a quick trip to La Mesa City Hall:

With the Sun still out, we want to take in a little more outdoors time, so let’s head up to Aztec Park, which is a pretty quick drive if we take Baltimore Drive.

Having enjoyed the great weather, let’s have a quick dinner at our absolute favorite local spot, The Riviera Supper Club!

And, of course, we close out our day trip to La Mesa by driving down University Avenue to hit the offices of La Mesa’s most loved Internet Marketing Service, All Systems Go Marketing!

The blog post La Mesa is available on http://www.allsystemsgomarketing.com 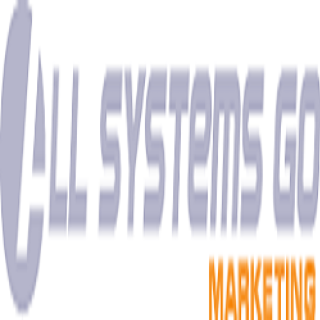